Merced county Sheriff's longest running cold case homicide came to spot light with the arrest of Mr. Thompson in 2005, Two Jury trails and 21 years after the murders of two young girls one 12 and 15 years of age - Thompson placed his hands over his face and wept on Thursday as a court clerk read the verdict in his second trail: Not guilty on two counts of first - degree murder. Less than and hour later, he walked out of the side exit of the Merced County jail, his home for the past two years, and in to the embrace of his wife.

Real estate fraud case Case dismissed in court on march 30, 2011 Case: the grand jury of the county of san Joaquin, state of California, Indictment of our client and two other defendants, on 51 counts and enhancements for tax code violations, grand theft, securites violations, elder abuse, the list goes on. Plus the taking of some 5,000,000 million dollars. Our team when to work and as you can see the results (ALL CHARGES DISMISSED) 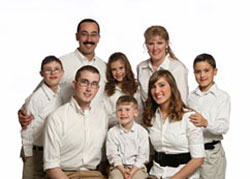 (If the assignment is to find a long lost relative with a common name, the fees will start at $ 500, and can go beyond if the case is very difficult or requires local street canvas, state travel/out of state travel, letter writing, posting photo's, etc. Common names lacking other information, such as occupation or career goals, or information from ten+ years back, you will have quite a consuming task in finding that person. 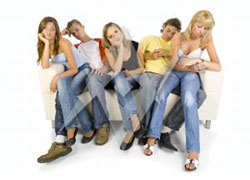 If this is a particularly difficult case, such as missing children, runaways, abducted children, or human trafficking, rates are negotiated past the package price.

We only accept skip tracing assignments from clients that meet the following permissible purposes.

* Assistance with the service of legal papers, or the collection of a debt
* Enforcement of a judgement, child support payments, or other court order
* To assist with the recovery of chattel, missing or stolen property
* Locating witnesses in a documented civil or criminal proceeding
* Locating a suspect in a crime
* Investigation of fraud or identity theft
* Settlement of a will or estate.
* Locating an immediate family member who is lost or missing.

What you can do yourself to find a missing person

The art of tracking someone down, or "Skip Tracing" as it is called, is both and art and a science. There are a few different kinds of missing persons with varying degrees of difficulty in finding them.

The first type of missing person is where the person has just lost contact and moved. These are the easiest missing persons to find. They're the ones who just moved to a different place, but are not hiding from anyone for any particular reason.

The next type of missing person is what we call in the business a "Skip". This is the person that is purposefully hiding from something; legal trouble, creditors, etc. These missing persons can range from easy to downright difficult in locating them. Some have been doing it most of there adult life, and can be a professional at hiding.

The last type of missing person is the most difficult to find and is the missing person where there is some sort of malfeasance involved. Many times there are the tragic cases involving kidnapping of children, and cases like that. These are extremely difficult, and usually involve law enforcement agencies.

All locates are not the same. There are variables that you may want to consider, the easiest subjects to find are working adults, particularly males of 25-30 years of age and older. By age 25 most people have credit cards, own vehicles, live on their own and have established a paper trail for an investigator to follow. A person's traffic tickets and debts will generate records. Some own real property and most marry before thirty, of course, if the subject is a low-life kind of person, in and out of jail, you are going to have to work harder.

Searching for females can be more challenging because women frequently use various legal names. Some married women retain their birth names professionally, while others may hyphenate their last names to include both married and maiden names. Women who have married multiple times have several choices.

Some cultures present their last names first. Foreign names may make it more difficult to know whether the name is more common for males or females. Other societies hyphenate their last names when they marry and while some women keep maiden names.

Also could the subject be evasive? Do you find a lot of debt? Are they under threat of litigation? Subjects like these often try to hide making the search more challenging.

Many ethnic groups are very closed and suspicious of outsiders making inquiries. Recent immigrants very often don't qualify for credit or own property. They often live with family members and stay close to their ethnic groups. Those groups tend to be quiet and you seldom get help from their acquaintances.